Brands, Self-Help, and the Art of Caring What Other People Think

I get this question from time to time:

“How do you do what you do and not care what other people think?”

I care too much.

I host imaginary debates in my head when someone unfollows me on Instagram over the merits of the meme I just shared.

I blast Katy Perry’s "Roar" unironically on the highway and pretend my haters are watching it on an IMAX screen.

I re-read old blog posts from my dad’s point of view and answer back when he says, “WHY DID YOU WRITE LOL IN AN ESSAY? Not very professional, Rach. In my day…”

Yet, ultimately, I feel like “not caring what others think” is a trap set up by the Good Vibes Only Industrial Complex to keep us forever caring our way to more coaching packages, more self-help books, more bottomless mimosa brunches that make us buzz with the temporary glow of Sunday afternoon champagne bubbles so we can wake up on Monday caring in a new & improved way — now featuring: headache! — and start the process all over again.

Who invented this pressure to summit Mount IDGAF?

Was it Meryl Streep? It’s her face and Instagram-worthy quotable that pops up in Google Image Search when I first look.

The quote has also been attributed to Will Smith, Kendrick Lamar, and Rachel Hollis, who has no fewer than 5 videos and a whole book on the concept. LOL again. (Deal with it, Dad.)

An exhaustive search for its origin led me down a rabbit hole of 4,230,000,000 billion Google results for the concept. But I cannot find any proof of when — or if — Streep ever said this.

Yet, in my search, the scam historian in me couldn’t help but see that “caring about what other people think” is a highly marketable “problem” to have.

Streep might get the cred but this concept goes back to the Stoics, who were kinda like the Tony Robbins of the Greek and Roman times, because they believed in focusing on the stuff in one’s control and forgetting the rest.

One of the most famous Stoic philosophers, Epictetus said:

“The chief task in life is simply this: to identify and separate matters so that I can say clearly to myself which are externals not under my control, and which have to do with the choices I actually control. Where then do I look for good and evil? Not to uncontrollable externals, but within myself to the choices that are my own…” 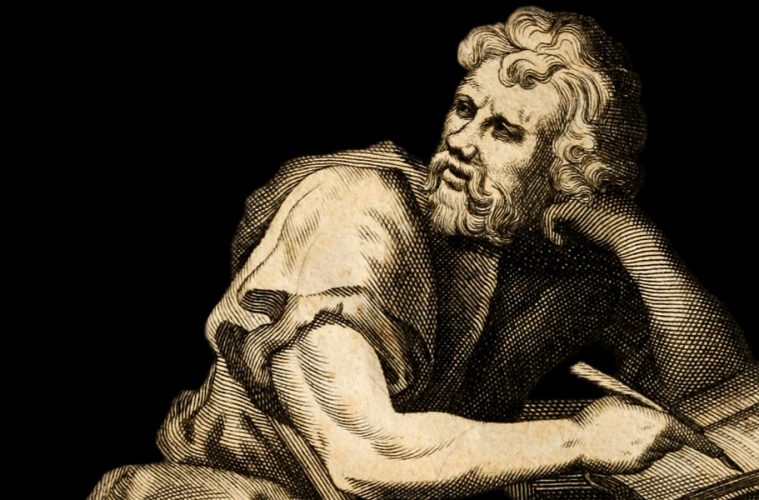 And his ideas became the foundation of the modern self-help movement.

As I learned from The Subtle Art of Not Giving a F*ck's Mark Manson — who is often confused with a Stoic, but aligns more with existentialism — the book Self-Help was written by Samuel Smiles in 1859 based on his idea that “God helps those who help themselves.”

And, certainly, there is much to be learned from the Stoics. They may have walked so Tiny Tony could run — straight into the arms of Dean Graziosi — but they also believed that true happiness was found in living a virtuous life, through the ongoing pursuit of wisdom, justice, courage, and moderation.

But as Manson points out, when it comes to Stoic views on detachment — only focusing on what we can control is not only impossible, it’s irresponsible.

Detachment as a virtue leads to a way of thinking that tells us it’s okay to disengage from the problems of the world — or that we are wrong for hurting — because we can’t control the systemic stuff.

But this also explains why Stoicism is so hot RN. And how its tenets bleed into the sermons of Tiny Tony and his acolytes who are obsessed with us washing our faces and not apologizing.

Leaders like Robbins and Hollis have adapted Stoic philosophies to capitalism, rebranding these ancient concepts as “self-accountability” and “emotional mastery.” All so we can be successful in monetary terms — or they can, at least (at our expense). 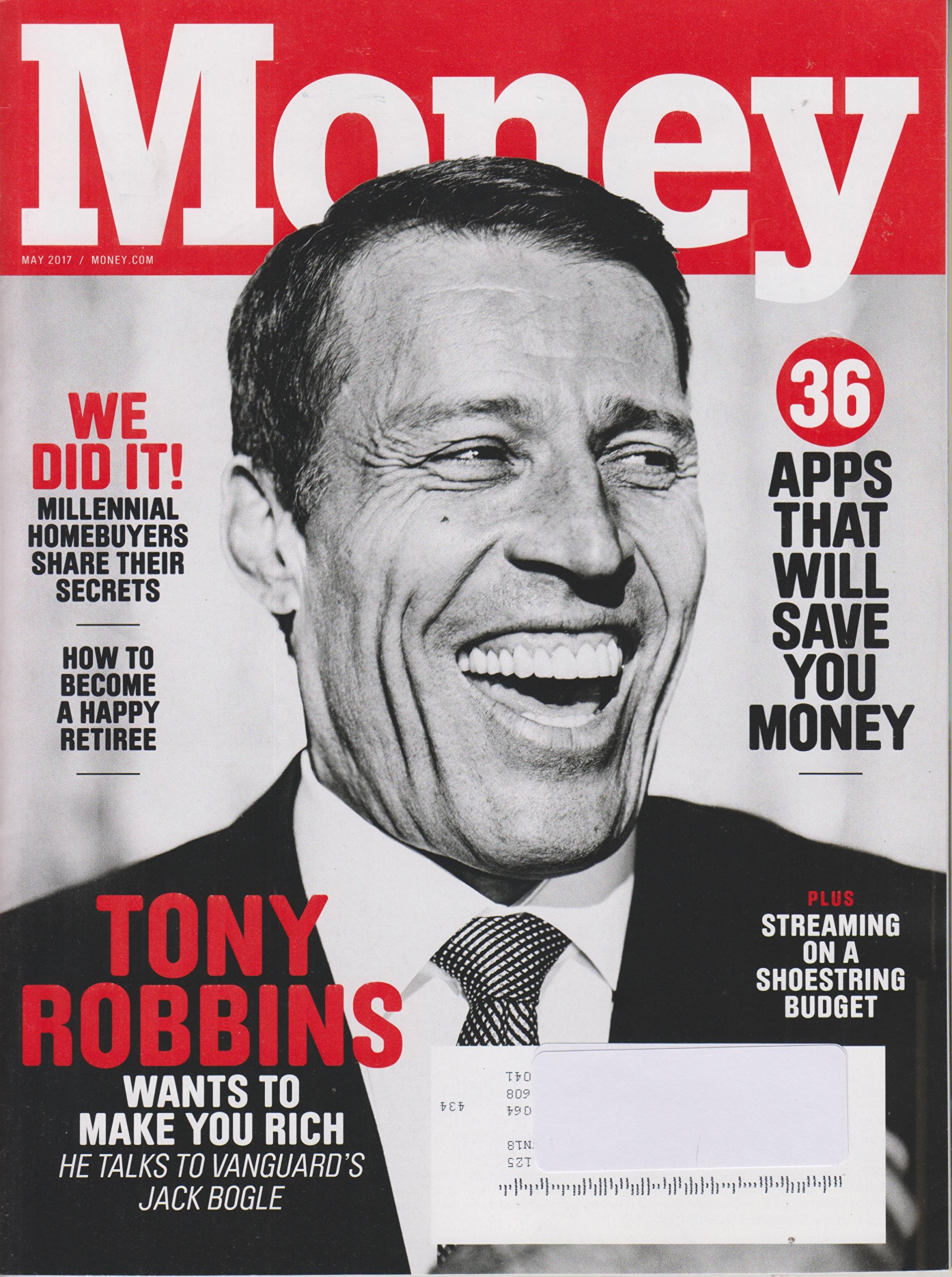 I can’t forget that Ryan Holiday’s first book was Trust Me, I’m Lying: Confessions of a Media Manipulator, all about how he exploited the media for clients like Tucker Max and ooops! — you guessed it, Tony Robbins. The book is considered a playbook for spotting media manipulators and copying their methods — “if you must,” the book jacket proclaims — but it also shows how good Holiday is at tapping into the zeitgeist for monetary gain.

And as my 4,230,000,000 billion Google results on “caring about what other people think” affirm, there is nothing more zeitgeisty than caring deeply about not caring deeply. And then telling everyone about it in multiple books, videos and blog posts.

Unlike the Stoics, we live in a time where caring what others think isn’t just an ethical dilemma — it’s a matter of economic survival.

In the age of the personal brand and the creator economy, “what other people think” about you quite literally pays the bills. How you are perceived by others can land or lose you a job. A sale. A client. A sponsorship. A book deal.

“Not caring” is a privilege afforded to fewer and fewer in the Internet age. (And it’s typically a privilege enjoyed by folks with existing wealth and power.)

Admittedly, I exist on the extreme end of that spectrum. My job — branding — is literally the business of shaping perception.

What is a brand, after all?

A brand is what other people think. 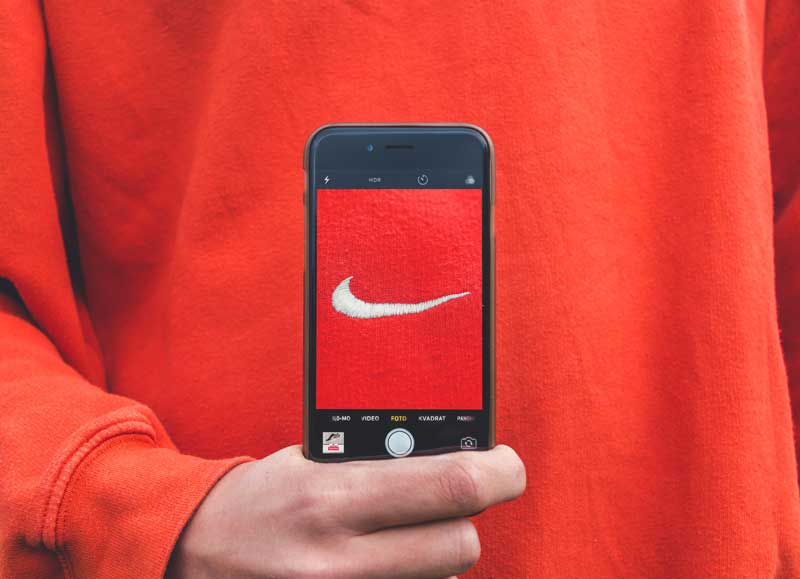 Your brand is not what you say it is.

It’s not your logo or your copy or your website or your Instagram grid. All of those things are just wishes you make — when you “rebrand,” you’re hoping out loud that people see you in a new way. Everything you create in the branding process is designed to make your wishes come true.

Your brand is what people remember about you, based on a complicated mess of factors — what they’ve experienced, felt, heard, read, and seen — that ultimately becomes a paint splattered memory that people like me neatly fold up into a five letter word.

Thus, the “art” of branding contradicts Stoicism — which directs us to detach from what others think.

To build (or “be”) a brand is to make it your job to care what other people think.

Do I celebrate this? Of course not. I cry about it in the shower. Duh.

I cry and I wash my face and I cry some more because, as much as I’d love to lather myself in Stoicism and call it a day, I ultimately believe that we can’t easily “opt out” of this branded age simply because it sucks.

To care, not only is to be human, but there is the added complication of how capitalism forces us to care. 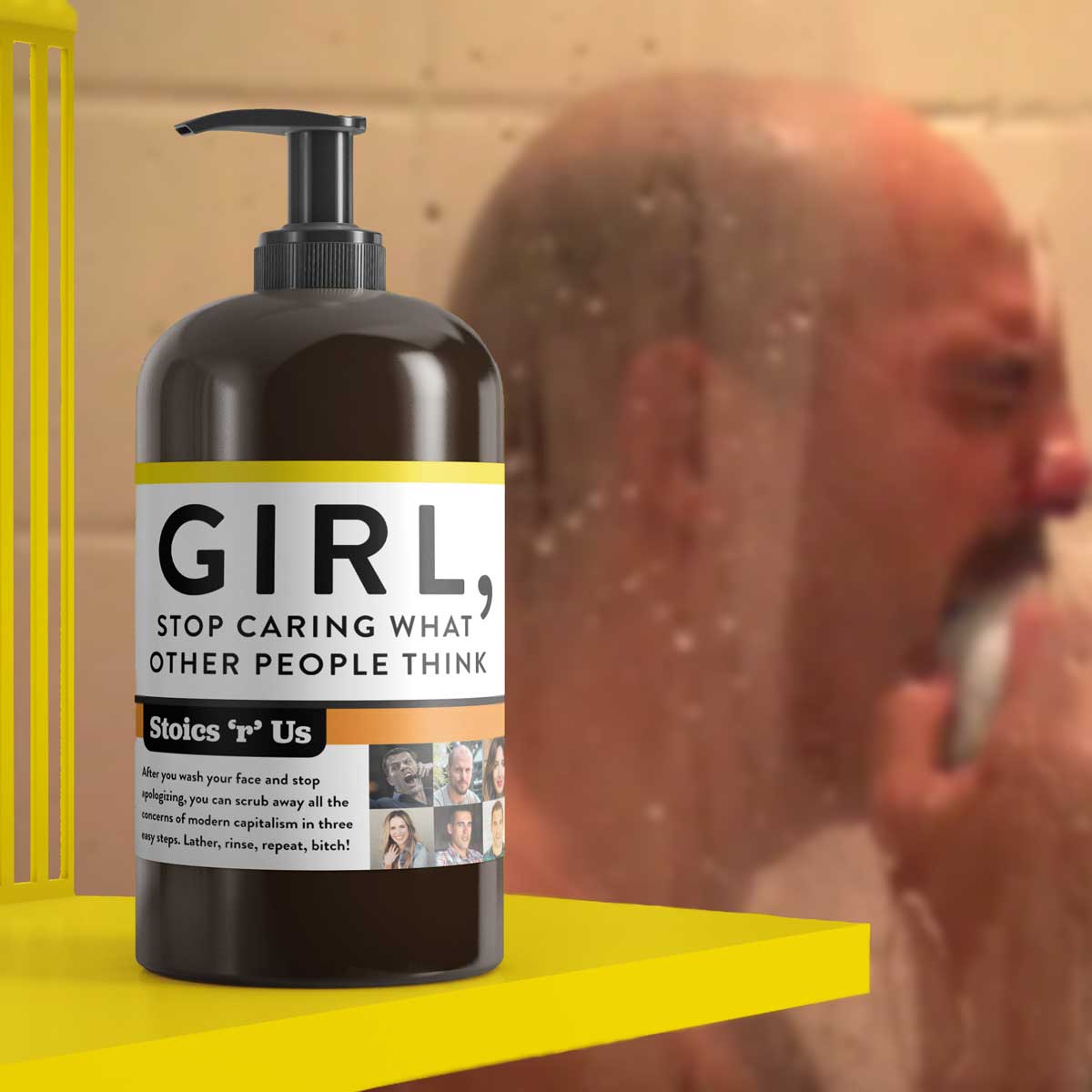 There is no way to stop caring or considering what other people think of us and still be employed or employable.

But beyond that, there is no way to stop caring or considering what other people think and also fight for a better world or another way.

It is people who build and reinforce systems — and they do that based on what they think.

So, even if I were to leave the world of branding behind, as an activist and a compassionate human being, I’d still be in the business of caring what other people think.

Human beings don’t live in our own private worlds, governed only by our own virtues. We are, by our very nature, interconnected and interdependent. To care and consider what other people think is part of peaceful coexistence.

So, the question then becomes less about:

“How do I care less about what other people think?”

“How do I live my life in a way that I can care for myself, and other people, more and more?”

This probably means having fewer fights with my dad or my Instagram unfollowers in my own brain. Doing that will not help me care for myself, or others, more and more.

But, at the same time, those imaginary conflicts are instructive. They help me better understand what I do care about.

My dad and I once had a screaming match about the merits of capitalism that I still find myself replaying in my head during a good shower sob sesh. A Stoic would tell me to let it go. (Maybe after I give Tiny Tony $5K to walk across some coals? Is there a digital version of that I can do on demand???) 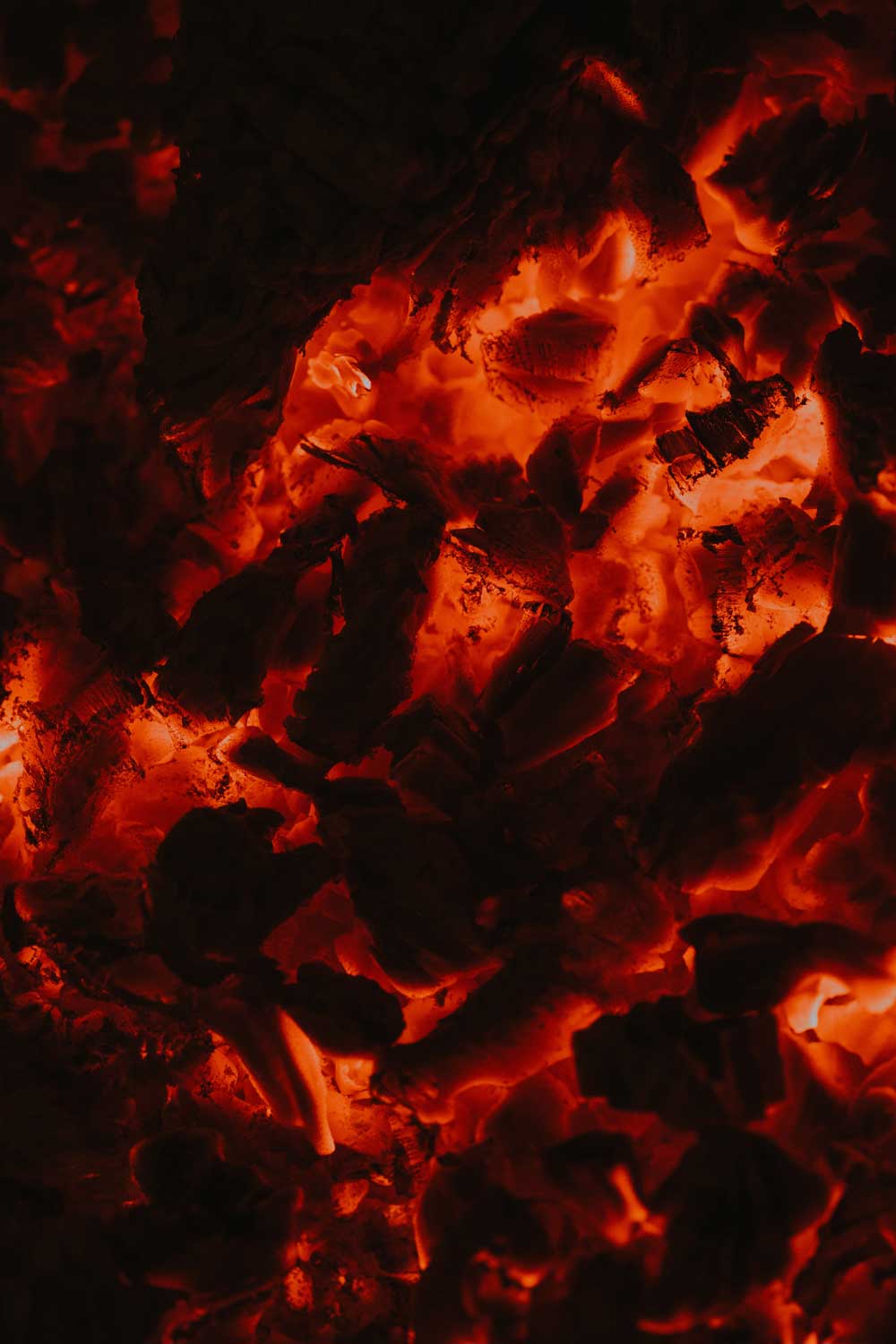 After all these years, I still care what he think, dammit. I probably always will.

But as I reflect on how caring so much for so long has impacted me, I realize I’m in no hurry to detach, mostly because caring what he thinks has guided me towards the books and thinkers and movements that align my life’s work with the world I want to build in capitalism’s place.

This is not solitary work. It’s something that must be done in the collective. And can you imagine a movement — or a world — comprised entirely of people who don’t care what anyone else thinks?

The paradox is, I think we’re already living in it to some extent. And I don’t think it’s working out for us.

Yes, I care what other people think.

But, I care about my mission, my values, and my sense of virtue — to bring it back to the Stoics — more.

Wonder what Meryl Streep would have to say about that.

What do you think?

p.s. Sick of business newsletters that have all The Answers™? Well, I've got nothing but questions. For more marketing muckraking and brand strategy gone wild, sign up for my emails here:

If you liked this, read on: 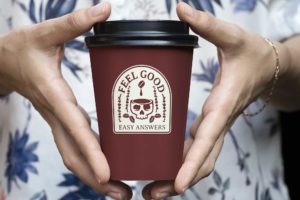 If Capitalism Can’t Solve It, What Will?

When you bake down an idea to become bite-sized, you’re left with easy-to-swallow strategies, not for solving problems, but living with them. 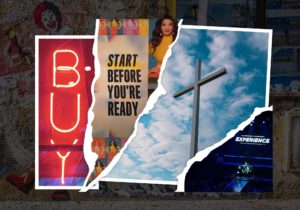 “I Hate Marketing” and Other Lies We Tell Ourselves

When entrepreneurs say, “I hate marketing,” what we really mean is, “I hate the system forcing me to act like an evangelist for my own cult of personality.” 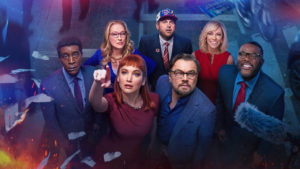 The reviews of “Don’t Look Up,” repeat again and again how “the people who really need to see this movie, won’t watch it” but I disagree.